Posted in Uncategorized
by dreamteam
No Comments 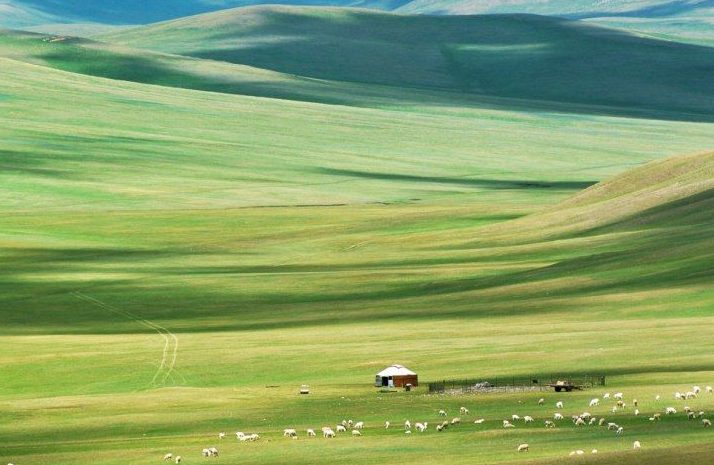 It’s been a year not without its challenges, but the need to find dazzling new filming locations has remained undimmed.

Very few foreign crews have ventured into China for the past couple of years, so we thought we would send our top ten favourite locations that you might consider in this new Year of the Tiger.

In West Beijing an old Industrial Park on the Yongding River has been transformed from rumbling furnaces belching out smoke to something out of science fiction: futuristic buildings, robot technology, and the Winter Olympics ski jump. A perfect location for a scene from the BBC’s award-winning series ‘Earthshot’, narrated by HRH Prince William.

“The Earthshot Prize: Repairing Our Planet is a beautiful and inspiring five-part landmark documentary series that will finally give us reason to hope for a brighter future on Planet Earth.  Led by Prince William, founder of the Earthshot Prize, and Sir David Attenborough, and featuring other members of the Earthshot Prize Council including singer Shakira and footballer Dani Alves, the series looks past the problems we face and onto the solutions that promise to deliver us all a sustainable world in which both nature and humanity can thrive.”

Mandarin Film worked with Silverback Films on the China scenes for this award-winning series.

It might not look much, but to geoscientists, these rocks whisper stories of hidden history and lost worlds. This limestone section of the Meishan hills in Changxing Geopark is a super-rare ‘Golden Spike’, witness to two dazzling points on the geological clock (the Mesozoic and Permian), and a key scene for a Curiosity Stream 52’ and 90’ documentary ‘Prehistoric World’. The documentary premiered on France 5, Mandarin Film worked with ZED to produce the China scenes.

“Five times, the Earth has faced apocalyptic events. Cataclysms that have swept away almost or almost. Each time, a handful of species has survived, establishing a new world.

Combining CGI of ancient animal and plant life, VFX, and filming, Prehistoric Worlds looks back at the five mass extinctions of life on Earth that allowed the advent of the human race. On the brink of a sixth mass extinction that the scientific community considers imminent – this time caused by mankind.”

We’ve all heard of Wuhan, but did you know it is home to some of Liverpool FC’s most ardent fans?

Wuhan was one of several cities around the world to be featured in feature doc ‘The End of the Storm’ – which had a theatrical release and was also shown on Sky.

“Featuring unprecedented access to Liverpool Football Club, THE END OF THE STORM is the gripping feature-length inside story of the 2019/20 Premier League winning season.

In a year when all sports came to a standstill, fans of Liverpool Football Club finally saw their team lift the trophy that had eluded them for 30 long years. Seen through the eyes of manager Jurgen Klopp, his first team players including Jordan Henderson, Sadio Mane and Roberto Firmino, join passionate Liverpool fans from around the world – THE END OF THE STORM celebrates of one of sports most historic triumphs.”

Shenzhen’s breathtaking urban architecture was the perfect location for a brand film for Google Kepler. Pictured here is One Excellence, the six interconnected skyscrapers in Qianhai district, Shenzhen.

The series for Google Kepler was one of many brand videos produced in China with global agency Across the Pond for international clients worldwide.

This was the location for the ‘horse’ episode of Mandarin Film and CICC’s 10 x 5’ Wildlife/Drama series for kids, which aims to encourage children to go out and explore and interact with nature.  The series is available for international distribution from Summer 2022.

When it comes to great literary figures in China’s history, the poet Dufu is arguably China’s number one.  Surrounded by bucolic scenes, Du Fu’s quaint cottage is steeped in history. A numinous experience that allowed cast and crew to feel what it might have been like for Dufu to infuse the natural landscape with poetry.

Mandarin Film teamed up with the UK’s Mayavision to co-produce a Michael Wood BBC travel documentary about the great sage-poet which aired around the world in 2021.

A go to location for Shanghai skyline, Century Park is the largest natural ecological park in Shanghai with amazing contrast between the lush vegetation and the ultra-modern city beyond.

Mandarin Film worked with UK-based Eric Productions on a series of documentaries shot around China about the lives of delivery drivers for DHL, including obtaining filming permissions for this beautiful natural location.

Sadly Mo Salah was not one of our subjects, but boy would he be fast, and sure to deliver every time!

The fine, white exterior of Shanghai’s Pudong stadium mimics the flawless, smooth surface of Chinese white porcelain. The stadium is a tea vessel filled with a football game.

This was also the location for League of Legends World Championship Final, transforming the football pitch to a futuristic gaming tournament arena. Mandarin Film worked with Riot Games to film the event for a worldwide audience of hundreds of millions. Not everyone’s cup of tea, but a perfect brew for many 😉

Head to one of China’s southernmost regions, Guangxi, and you will find these idyllic karst mountains. Amongst these geological wonders live one of the most critically-endangered species in the world: the White Headed Langur.

Mandarin Film teamed up with Earth Touch to co-produce a one-hour wildlife documentary about the white-headed langurs.  The documentary showcased these cliff-climbing primates in their natural environment, showcasing their drop-dead cute, bright orange babies, and capturing previously unfilmed behaviour.  The show has since been aired in China and across the world.

These games, Mandarin Film is working with BBC Sport to facilitate their coverage of the Beijing Winter Olympics. We are delighted to be part of broadcasting such a prestigious event.  No medals for team GB so far! ;(

We hope you enjoyed a shared peek at the scale and breadth of locations China has to offer.  Mandarin Film is always looking for co-production partners to collaborate on new original content, as well as offering production services now not just in China, but with the opening of our Bangkok office, across Southeast Asia too.

We look forward to hearing from you, and wish you a happy, successful and prosperous Year of the Tiger!

Patrick and the Mandarin Film team